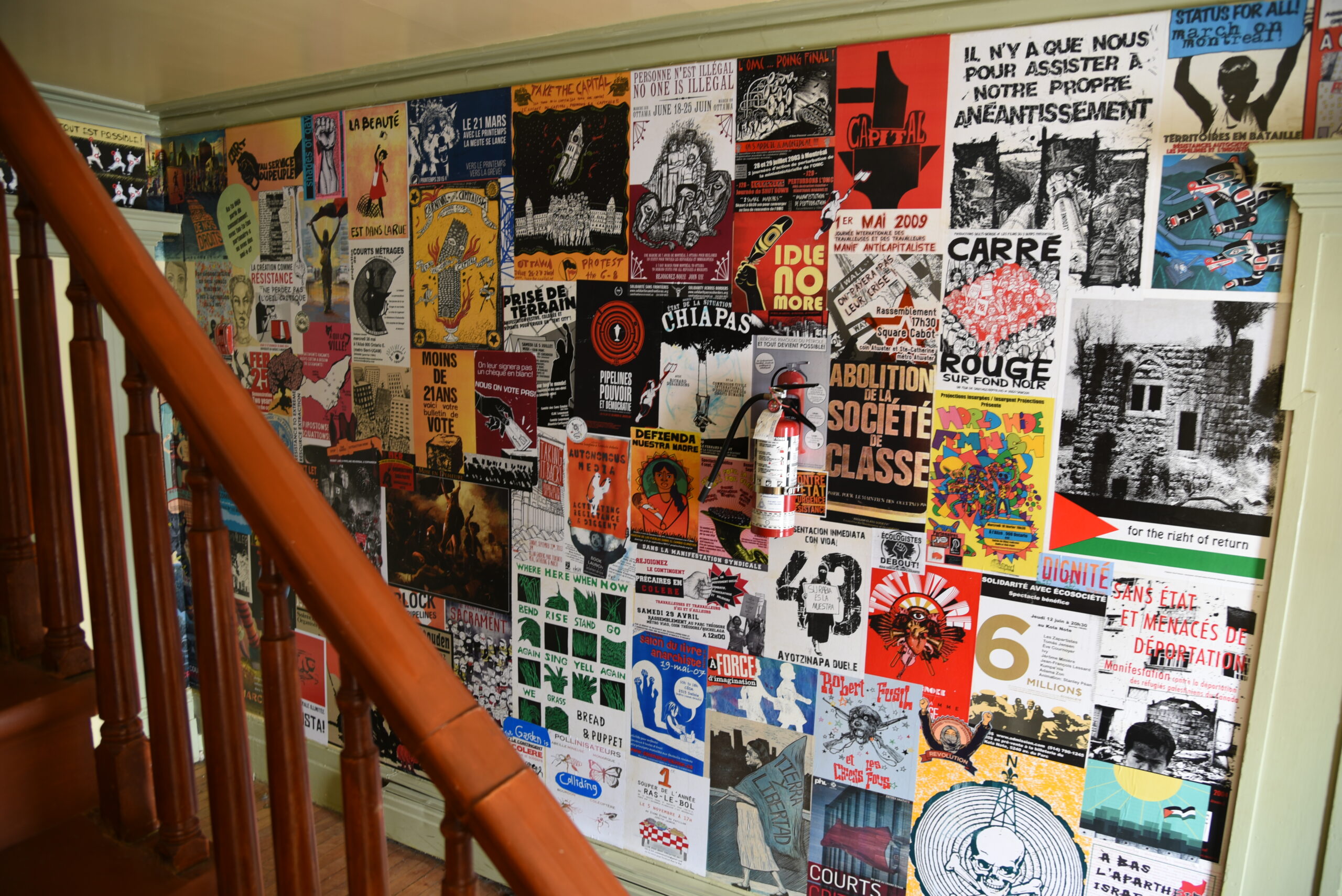 In March 2016. I spent 26 days in an artist residency at l’Auberge de la grève in Rivière Trois-Pistoles, Quèbec. The main creative project at the Auberge is the permanent installment of a poster mural on three walls inside the main entrance of the collective residence. A total of 152 posters were wheat-pasted onto the walls.

The posters were selected from my own personal collection and from the Centre de recherche en imagerie populaire (CRIP), an archive of posters of social movements from Québec (and elsewhere) with over 20,000 posters in its collection.

The mural’s creative process begans with a detailed measurement of the entrance to produce a 1:5.5 scale map of the walls’ surfaces. The entire wall surface gets wheat-pasted from the crown mouldings at the ceiling to the baseboards below and around the detailing of the door frames.

The second step was to tape onto the floor of the Auberge’s dance studio a to-scale outline of the wall surfaces, within which posters are placed until filled to satisfaction. Throughout the two-day process, residents of the Auberge were encouraged to comment and to make suggestions for placement and/or selection revisions. A borrowed camera hangs from the ceiling to produce a time-lapse video of the mural’s conception (see below) and to produce a photo of the final placement of the posters to use as a reference for the wheat-pasting.

The walls are sanded then washed before preparing the wheat-paste mixture: 4 parts water/1 part white flower/half part sugar (boil 3 parts water; mix flower to 1 part cold water; add flower mixture to boiling water; add sugar; stir for a 10 minutes; let cool; ready to use). 142 posters were glued to the entrance walls with the entire process taking two full days. After two days of drying, four layers of varnish was applied to the entire surface, leaving a smooth satin finish that is washable.

«l’ Entrée de la grève » is a non-nostalgic activation of an archive that I argue will encourage the review past actions, the discussion of evolving issues and the advancement of arguments. The mural provides a reaggregational gathering space for activists to reinforce solidarity, to build collective confidence and, ultimately, to consider future oppositional performance  of resistance and dissent against injustices.

Ideally, the oppositional cultural heritage activated within the « L’Entrée de la grève » mural, will help link past struggles with current/upcoming battles against injustices of all kinds. As a result, activists will be able to better confront the abuses of neoliberal capitalism and resist its systematic oppression. 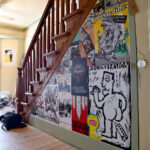 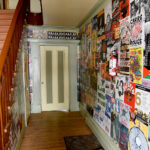 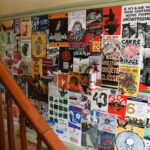 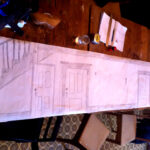 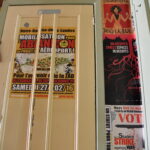